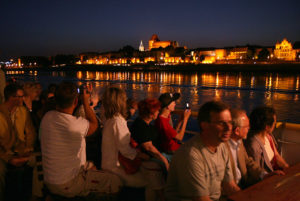 The charm of Gothic tenements and narrow, cobblepaved streets, the soaring towers of medieval churches, the fountain of a rafter playing the violin for frogs at the foot of a huge brick building of the town hall. It is a magic symbol of the historical legacy of the Republic of Poland, a happy castle town with the coats of arms depicting an angel. Practically unscathed by the turmoil of wars for hundreds of years, it is a site where history can be experienced in its purest form. 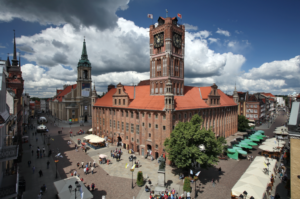 The city is particularly enticing in the evenings when the street lamps of the Old Town are lit and the cafes, pubs and restaurants surrounding the main market square are filled with the hubbub of voices. The scenery of original medieval buildings takes our imagination back to the thirteenth century, a time when Toruń was ruled by its founders, the Teutonic Knights. The night panorama of the Old Town of Toruń seen during a cruise on the Vistula River is a view acclaimed as one of the seven wonders of Poland.

The centrally located Old Town Hall with a square plan and an internal courtyard is an ornament of the city. It houses the District Museum with rich collections of medieval arts and crafts. The atmosphere of the ages past is maintained by three monumental Gothic churches: St. Johns’ Church, St. Jacob’s Church and the Church of the Assumption of the Blessed Virgin Mary. The central square is encircled with lavishly decorated tenements and palaces, including the Nicolaus Copernicus House and the Star House, numerous granaries and brick city walls featuring gates as their most distinctive elements. It also needs to be mentioned that since 1997 the Old Town of Toruń has been listed by UNESCO as a World Heritage Site. 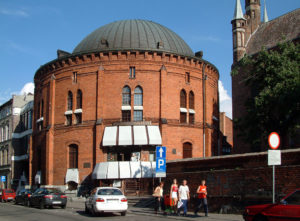 Located in the very centre of the Old Town, there is an old town gas-works building. It houses the Planetarium, which offers numerous scientific presentations and shows, and the Orbitarium, which is an interactive exhibition on space, featuring an electronically controlled model of the Cassini probe. The astronomic tradition of the town of Copernicus is also reflected in the Cosmopolis fountain. Located on the edge of the Old Town area, it is an impressive imitation of the heliocentric system where sound and light shows are staged in the evenings.

After a walk of several hours around the streets of the Old Town with its medieval city walls, all tourists head towards the famous Crooked Tower of Toruń to verify its deviation from the perpendicular (1.4 m). 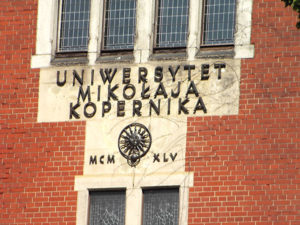 Toruń is also an important academic centre. Currently, the local institutions of higher education have approx. 45 thousand students. The largest of the institutions is the Nicolaus Copernicus University – the most important university of the northern Poland.

Toruń moves, Toruń entices… It is no wonder as the city brims with nearly 1500 cultural events staged here every year. There are over 20 large festivals bringing together artists from Poland and abroad, tens of exhibitions, concerts, thousands of local residents, tens of NGOs and companies actively involved in supporting culture.

Find out more on visittorun.com 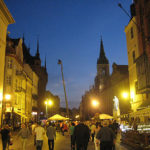 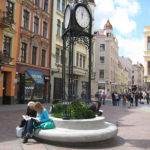 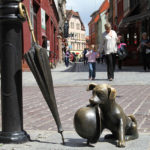 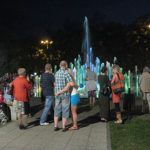